Before the 2020 season started in July, I had a conversation in a Rum Bunter recap about one of the Pirates’ exhibition games against Cleveland. The comment I specifically took note of was one about how Chris Stratton, a reliever in Pittsburgh’s bullpen, had been bad in 2019. The person went on to use his 3.66 ERA that year with the Bucs as a point for his argument. I don’t think he’s bad, and I believe Stratton could play a fairly large role with the Pirates this year. Today, I’ll be checking out Stratton’s path to success and what his role could look like in 2021. 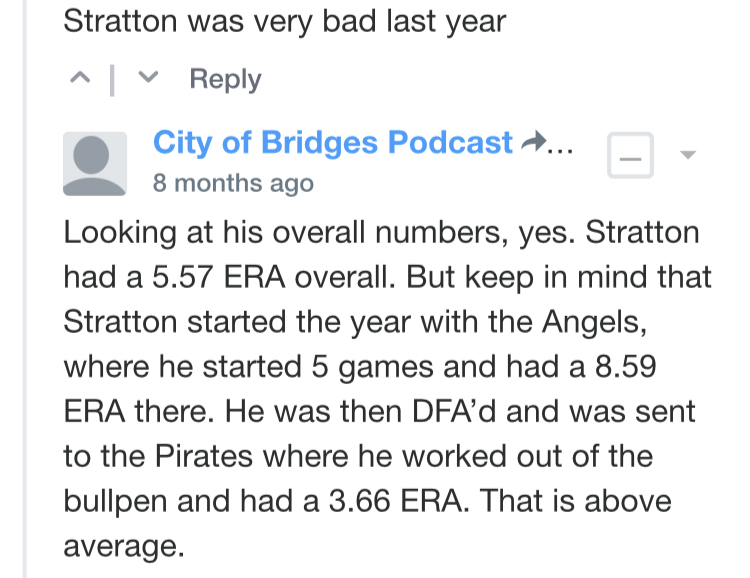 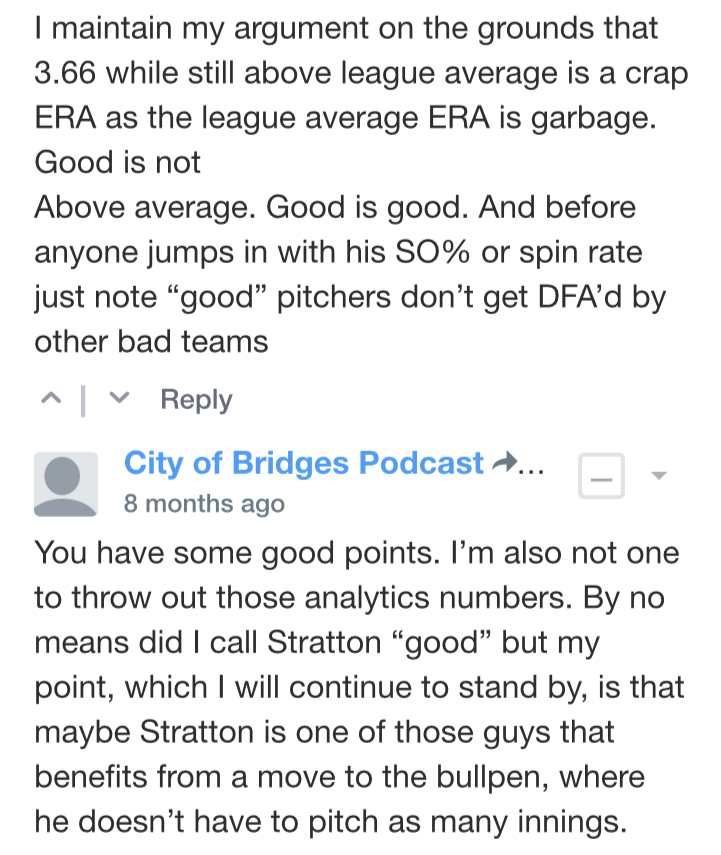 To fully understand a situation, you always have to look to the beginning. Stratton spent the first three years of his career with the Giants, and the results were not awful to start. But once San Francisco got a look at a full season of him, Stratton responded with a 5.09 ERA in 26 starts and 145 innings. Right before the start of the 2019 season, The Los Angeles Angels took a shot at Stratton, acquiring him for Williams Jerez (former Pirate alert!) in the hopes they could turn him into a decent backend starter. In 5 starts there, Stratton put up an abysmal 8.59 ERA and was subsequently designated for assignment, where he was picked up by the Pirates for some cash.

Stratton’s time in Pittsburgh didn’t exactly get off to the best start, as he got injured just four appearances into his Pirates career. When he returned towards the end of June, Stratton allowed just 5 runs in 22 innings up until the 2019 trade deadline. Ultimately, Stratton ended up with a 3.66 ERA with the Pirates, with every appearance that he made for Pittsburgh that season coming out of the bullpen. In 2020, Stratton was once again very solid, with a 3.90 ERA in 30 innings pitched. The biggest difference between his 2019 role and his role last season was that Stratton was called upon for one inning more often, but that didn’t change his results at all, but it was interesting how he was deployed with Hurdle vs. Shelton. So why has Stratton been so effective since joining Pittsburgh?

The first thing I noticed when looking at Stratton’s stats was the big fluctuation in numbers when he started vs. when he was called out of the bullpen. The results actually gave me mixed thoughts, because in 2017 and 2018 with San Francisco he was more effective in a starting role, and then in 2019 and 2020 between Anaheim and Pittsburgh, Stratton was far more effective out of the ‘pen. I would have thought the multi-inning starts would have been troublesome for Stratton all around, but that only seemed to be the case in recent years.

Another stat that caught my eye was the velocity change. Normally with relievers nearing their 30s, you don’t see a drastic change in velocity. While Stratton has not increased the speed of his pitches significantly, it has gone up over the last few years. For example, his four-seam fastball averaged out at 91.1 MPH in 2018. That was up to 92.2 in 2019 and 93.2 in 2020. Stratton’s slider, curveball, and changeup all saw about a 2-3 MPH increase from 2019 to 2020 alone. This actually reflected on his results from those two years, as basically every single advanced pitching stat went in a positive direction for Stratton. A couple that really stood out were spin, where his fastball spin rate went from 2498 RPM to 2627 and his whiff rate, which went from 27.8 to 54.2 percent. If you’re curious about the full breakdown, you can check that out here.

So what exactly does this all mean for Chris Stratton in 2021? Well, based on the current projected construction of the Pirates bullpen, it seems as if Stratton will get innings in close games, which he has actually thrived in, giving up just 7 earned runs in 22 innings the last few seasons.

I already know people are going to mention a trade after reading this, so I guess I could address the possibility of that happening. Personally, I like Chris Stratton, as you could tell, and I give the Pirates credit for taking him and turning him into a very solid reliever the last season and a half. Coming into his age 30 season, Stratton’s making just 1.1 million dollars this year and has two years of arbitration remaining. In my mind, this would be a perfect guy to trade. Stratton is easily replaceable in my eyes, as far as innings go, and no matter how the bullpen is constructed, there will surely be someone who could fill that role. If he comes out and pitches like he did last year, with the same velocity and effectiveness from the jump, the return value for that low of money value on a contract could be pretty decent.

Remember, Chris Stratton was a waiver wire grab back in 2019, so if the Pirates can get something out of it, it is an absolute win for the previous front office and the current one. Neal Huntington will surely be smiling somewhere.